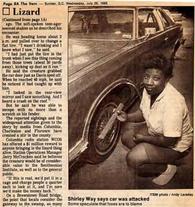 Dr. William G. Trott was a pharmacy owner in Charleston, South Carolina. Dr. Trott was known for displaying a variety of sea life and other specimens in his shop. So when Charleston was hit by a devastating storm, a riot formed outside of Dr. Trott's shop, where community members who had convinced themselves that Dr. Trott had captured a mermaid, demanded it be released to the sea. The rioters believed that Dr. Trott's hoarding of the magical creature caused the storm.

Visit Charleston Screams Haunted House in The Citadel Mall for more on each story as well as many other Terrifying Creatures & Characters! 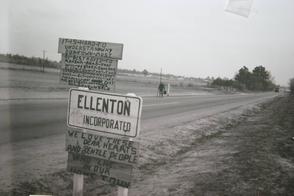 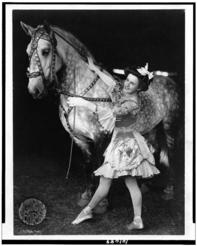 One of the Lowcountry's most infamous legends stems from the tragic death of Julia Legare. Struck ill at a young age, she was pronounced dead, and placed in the family mausoleum the same day to prevent the effects of decomposer. Unfortunately, Julia was only mistaken for dead. As her body laid among deceased ancestors in a comatose state, young Julia awoke to find no possible escape. When the mausoleum was opened some 14 years later, the family was shocked to find poor Julia's body piled by the door, her fingers broken, and the mausoleum door decorated with scratch marks. Since then, any time a door is placed over the mausoleum, It is soon found removed. Many believe Julia's spirit ensures the mausoleum will never be sealed again. Take caution when approaching unsealed mausoleums, the dead do not wish to be disturbed.

Lavinia is known as America's first female serial killer.  She would lure weary travelers to her Bed and Breakfast, just outside Charleston ,for some poisonous oleander tea and an encounter with her axe wielding husband.  When caught, they were sentenced to hanging at the Old Charleston Jail.  In a last ditch effort to save her life, she donned a wedding dress, and pleaded to onlookers to marry her.  When no one obliged, she screamed, "If anyone has a message for the Devil, give it to me! For I shall see him soon" as she leapt from the gallows, sealing her fate.

The deep swamps of South Carolina sustain a variety of bizarre wildlife, none quite as feared as the Lizard Man of Lee County. Maintaining a low profile for some time, he made his first appearance in 1988 attacking a young man with car trouble near Scape Ore Swamp. Since then, Locals have complained of unexplained car damages and strange sightings of a tall, green, scaled creature terrorizing nearby towns. Take a trip through the deep boggy terrain of South Carolina, and beware the ancient predators that call it home.

John Domingo was the most feared hoodooman in Charleston, and is widely recognized for his power throughout the United States. Called the Black Constable, John Domingo used his power to implement his own justice through curses. Members of the Charleston community either left Domingo to his works, or attempted to gain his favor when it came to love or control over the weather. John Domingo was killed at the hand of supernatural powers while attempting to punish two thieves for their crimes.

Interested in the history and stories behind the places and people featured in Charleston Screams? We've got it all right here for you. Meet the notorious first female serial killer and the most dreaded pirate that held the city of Charleston hostage. 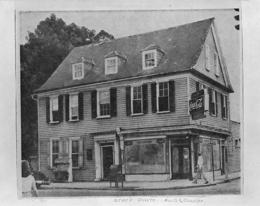 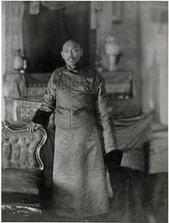 Lailson's Circus frequently made stops in Charleston in the 1800s and was the first circus to showcase an elephant in 1798.  William Langley, the wealthy son of the owner, met his untimely death in Charleston in 1849.  He was known to suffer from serious fits of Mania. 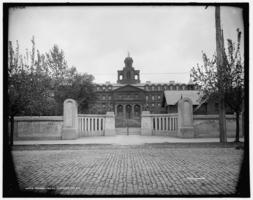 The Charleston Orphan Asylum was the first orphanage in the United States and housed over 2,000 residents from it's opening in 1790.  Children could be relinquished to the Orphanage for many reasons, including simply lacking the physical, financial, or mental ability to care for the child.  The children were frequently used as indentured servants in Charleston.

Citizens in the quiet communities of Ellenton, Meyers Mill, and Dunbarton in Barnwell County South Carolina were required to relocate, leaving homes and businesses behind, for the construction of a nuclear plant aimed at increasing the U.S. atomic weapons arsenal between 1950 and 1951. Later all reactors were suspiciously shut down and are said to contain sensitive nuclear material. Discover the terrifying effects of radiation on the stubborn citizens who refused to leave.

​Blackbeard is one of the most infamous pirates.  He was known for igniting tiny candles and pieces of fuse, around his face to appear demonic. He's most notably remembered in Charleston history for holding the entire city hostage by blockading the Harbor, while he demanded a bounty of medication to tend to his disgustingly ill crew. After he received his bounty of medicine, Blackbeard fled the harbor, leaving his companion, Stede Bonnet, to eventually take the blame and be hung on our own White Point, at the Charleston Battery. 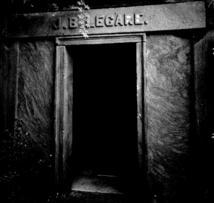